If you are keen on a thrilling offroad adventure ride that is coupled with cultural sights of Yogyakarta, a Jeep Adventure ride might just be what you are looking for.

When you think Yogyakarta, you can’t help but think of the iconic Borobudur temple or underground caving experiences. The truth though as many locals will tell you, there’s much more to do in the area than the iconic sights that you see in every magazine. One of the not so ordinary experiences that we got to try was a journey off the normal foreign tourist path that takes you on a bumpy and exciting ride that you will nary see an overseas tourist on. We were the only non-locals insight, as far as our eyes could tell that day.

Your carriage is 4WD that you had to climb into, with no “sides” to the car.

Taking a ride on a 4WD is not for you if you don’t like being exposed to the elements. With no doors or walls to protect you and the fact that poorly paved and dirt roads are usually what you would be passing over, you will be jolted about, but that is half of the fun, having the wind in your hair and then some more.

That and the fact that the locals are extremely friendly. As we passed through villages, we were always greeted with smiles and friendly waves. You also won’t be alone. Such tours have been slowly growing in popularity and you won’t be the only four-wheel drive making their rounds in the area. Chances are high that you’ll bump into another group standing at the back of the vehicle, enjoying every minute of the adventure.

Our adventure started off in the middle of a rice field where a temple is the biggest object in sight. This is the Banyunibo Temple that is located in Cepit, Bokoharjo, Prambanan, Sleman. The compound consists of one main building and six smaller structures that surround it.

Take a closer look and you’ll be able to appreciate the intricate reliefs that have been surprisingly well-preserved. You can easily make out the beasts, plants and human figures on both the interior and exterior of the structures.

At the four sides of the main building are figurines with a hole in the centre. These are jaladwaras or rainwater channels that help drain out any excess rain water that gets “trapped” on the building after a heavy downpour.

After a short uphill drive, we were at our next spot, Ijo (Green) temple. Located at the top on Ijo Hill, this is a bigger compound than our first stop.

This 1,000-year-old Hindu temple was part of the Mataram kingdom in Java and it is spread out over several terraces. As with most religious structures, the higher up you venture, the more sacred the structure that is located there.

Though we were there during the day, we are promptly informed that this is a popular spot to view sunset, though there are still much lesser people here than at other more popular temples that the region is known for. Given the high vantage point, it offers over a steep slope and you can look out into the landscape of Yogyakarta city. 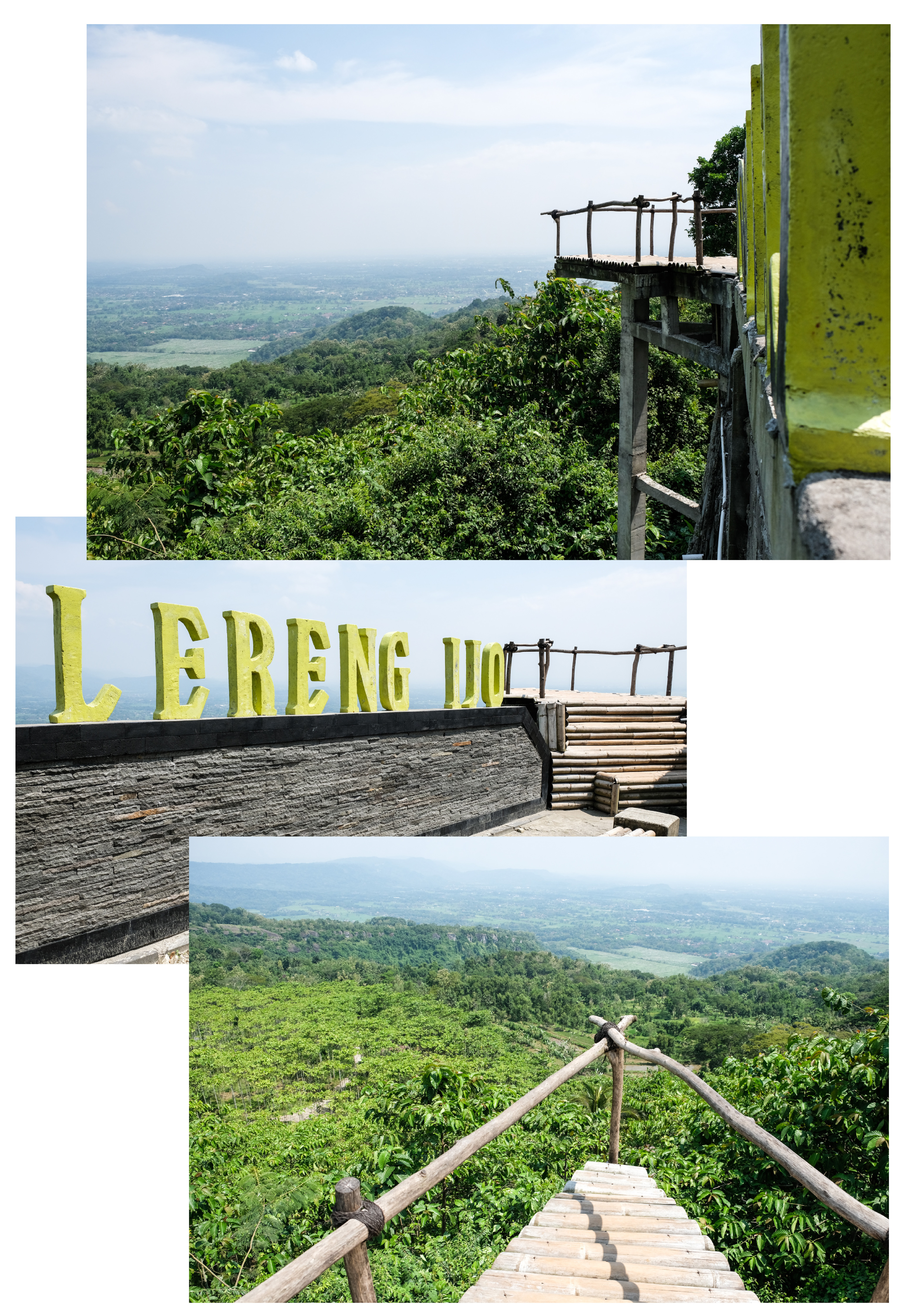 Just around the corner is another vantage point that the locals have set up. From here you can look out into the vast plains of greenery, and it makes for a nice photo spot too. Definitely worth stopping by for at least a couple of minutes if you’re already here for the temple.

The last stop on the tour is the former mining site of Tebing Breksi. A stark contrast to the weather-beaten stones that we had encountered previously at the various temple sites. We are greeted with a gigantic limestone cliff that the locals had previously carved out steps that assist you in getting to the top. Next to it is an artistically carved relief of a dragon and its crown. This carving and others around the limestone cliffs we later learn are all from the shadow puppet universe.

The mine used to be a source of income for the locals who for years had relied on karst extraction for their daily livelihood. It was in 2014 when a rare type of rock was uncovered that all mining was prohibited as the site was marked out as a heritage location. Locals soon started to flock here in the evenings for sunset and a couple of social media postings later, it soon drew the attention of domestic tourists. 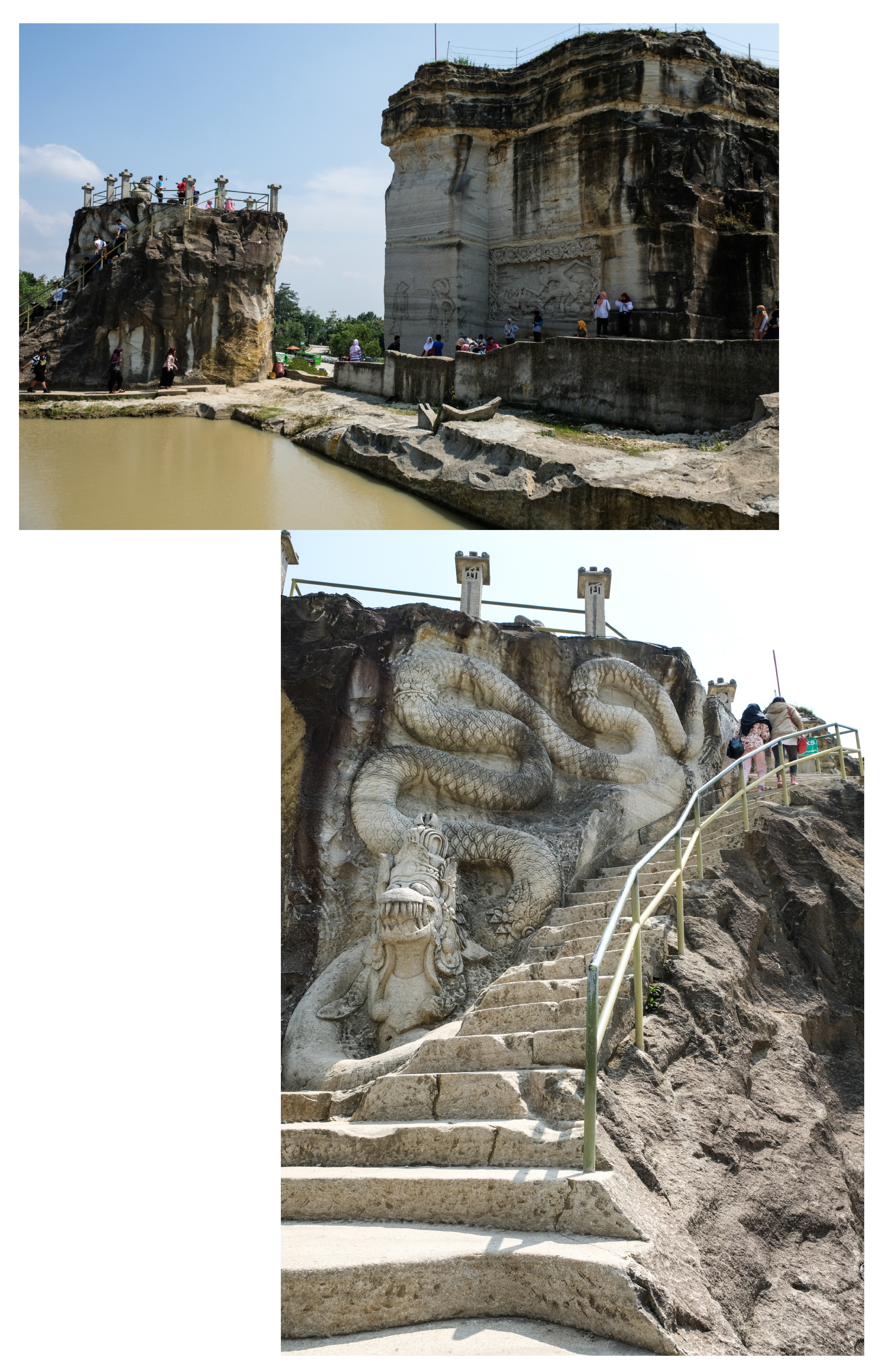 Its popularity is attested to by the line of eateries that have popped up right next door. And also the selfie area that has popped up. At the field nearby, enterprising locals set up selfie spots with props that you can take photos with, not too unlike things that you would see in a Korean drama. 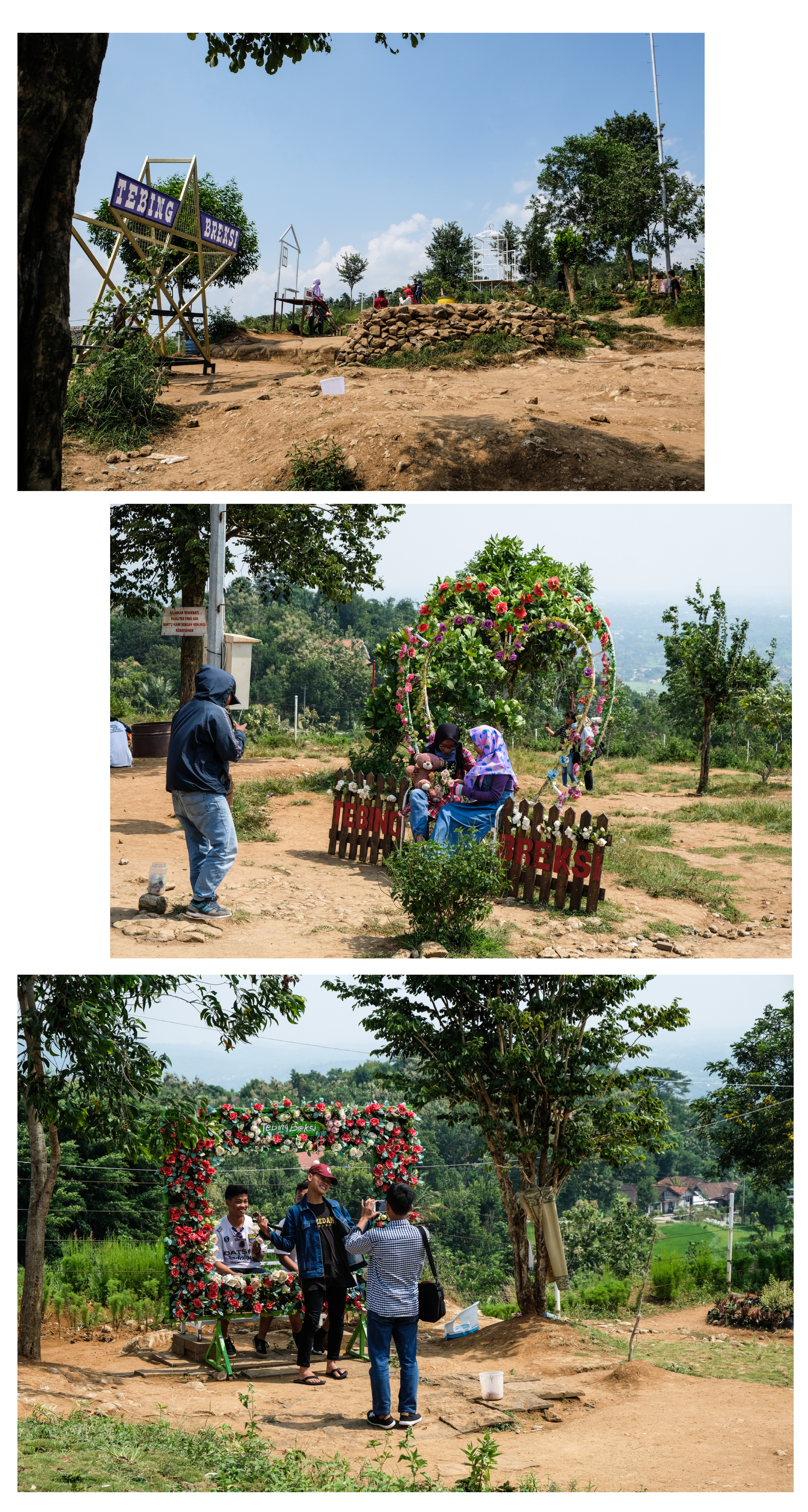 There are over a dozen structures that range from minimalist outlines to elaborately decked out floral structures. You will be expected to pay a token sum for everyone that you take a photo with.

A special thanks to Sleman Tourism Board who hosted us on this adventure.

Where to stay in Yogyakarta: Grand Keisha Yogyakarta

Enjoy a comfortable stay in the city at Grand Keisha Yogyakarta. The hotel lobby is elegant and understated, a theme that carries through to the rooms that you stay in, whether it is the deluxe room or the larger suites. Rooms are well-furnished and spacious, and you will definitely be well-rested for your time spent exploring the city.

Those with families or who enjoy a morning dip will appreciate that there is a swimming pool within the hotel premises. The hotel also serves up a mean breakfast buffet that serves international and local options in a large dining area. You’ll be spoilt for choice with the available dishes.  If you just want to kickback and relax and not be fussed to figure out how to get around, opt for one of the packages that the hotel offers.