Rock, ruck and rumble at the HSBC Singapore Rugby Sevens 2018.

HSBC Singapore Rugby Sevens is scheduled for 28-29 April 2018 and it is the eighth stop in the HSBC World Rugby Sevens Series 2018 calendar. And here’s the good news mummies, it’s not just about men passing a ball; there are lots of activities for the little ones.

Here’s the line-up of what you can expect: 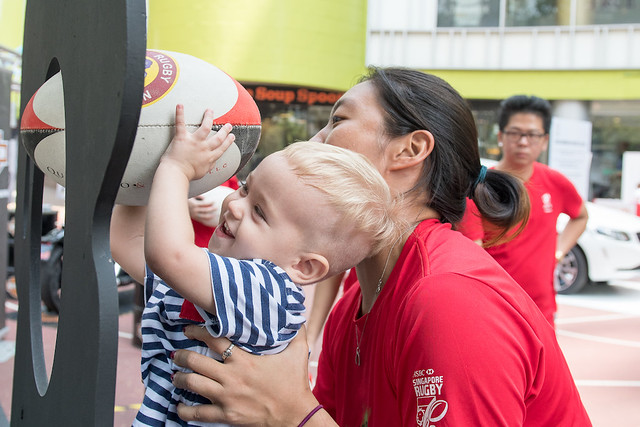 Created by Cerebral Singapore, kids between ages four and seven can be dropped off at its “beachfront” property for a fun-filled experience at the 100PLUS Promenade while the adults enjoy the Rugby Sevens game. With three voyages a day, between the hours of 10 am – 12 pm, 1 pm – 3 pm, and 4 pm – 6 pm, the journey promises endless laughter, fun, and surprises. Giving guardians and caregiver a break, they can unwind without worry and be absorbed in the thick of the action at least for a little while. While waiting for the next journey of discovery to begin, children at Cerebral’s drop-off zone can immerse themselves in the sand and ball pit.

Hasbro’s The Transformers, Nerf, and My Little Pony appearances will be at the 100PLUS Promenade encircling the National Stadium, giving kids an unforgettable adventure through their respective immersive zones.

With a focus on the theme of the eternal battle between the Autobots and the Decepticons, The Transformer activities will offer a Decepticons target practice, photo opportunities with Transformers cutouts, as well as puzzles and craft activities. The zone will adopt a metallic look, alluding to the strength of the machines in Transformers, and utilise lighting to create colour and depth, so as to create an immersive experience for all.

My Little Pony will take young fans to Equestria, where they will get the chance to meet characters such as Pinky Pie, Twilight Sparkles, Rainbow Dash, and Apple Jack.

Created by Stevie Nicholson (formerly from Hi-5), The Superdudes will engage the ticket-holding young fans in the promenade with performances packed with crowd-pleasing songs like Super Thumbs Up. 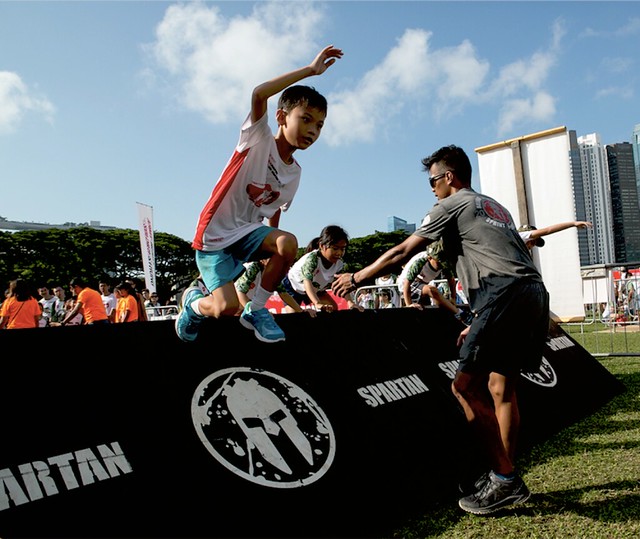 Its critically-acclaimed fun challenges will be available for the young rugby fans in and around the stadium to get active, set goals and celebrate accomplishing them, and most of all, enjoy themselves. The participants will get a chance to try out some of Spartan’s signature obstacles, which will inspire the same sense of adventure and resilience as the popular adult programmes in Singapore and around the globe. They will have two activation areas on site, at the promenade for ticket holders, and at OCBC Square for members of the public where they can win fun prizes. 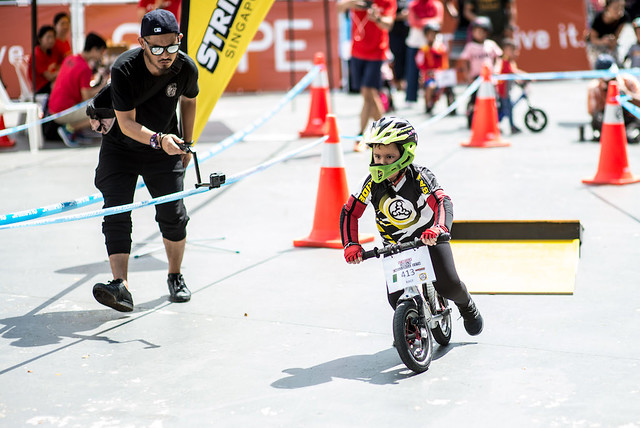 For kids between the age of 18 months and five years old, it will be where the ultimate cuteness on two wheels to little ones zooming at fast speeds in an enclosed space will be on display. Situated at the Promenade, children with ticket-holding guardians get an opportunity to try Strider bikes, and be exposed them to the use of a balance bike, learn how to master steering, develop hand-eye coordination, build confidence and fitness. Strider bikes will be provided to toddlers. At OCBC Square, non-ticket holders whose kids are between the ages of 2 and 5 can participate at half-hourly races on Saturday (28 April) for a chance to gain instant access to the Singapore Sevens! On Sunday (29 April), Strider Balance Bike owners will be competing in a race in the afternoon.

American disco group, Village People – Famed for their on-stage costumes and their instantly recognisable dance hits such as “Y.M.C.A”, “Go West” and “In the Navy” – will be performing. Popular local performers – Jack & Rai, Jive Talkin’, Sambamasala, and Too Much Drama are also featured in the action-packed music programme to Rock, Ruck, and Rumble with 55,000 fans from across the world.

Keen to be there with the whole family? Here are the package deals available:

A new initiative introduced in 2018 offers young people between 4 and 18 years of age, weekend passes (in Category 1 and 2 seating) at a reduced priced of S$50 and $25, while all kids under the age of four can enjoy free entry to the event, as long as they sit on the laps of accompanying adults.

Early Bird Rate @ 20% discount per ticket, HSBC Cardholders get an additional 5% discount during Early Bird, Early Bird promotion runs through to 21 January 2018. *Prices include GST but do not include booking fees.


Congratulations to the 2 winners: