KidZania’s Second Birthday Celebrations & A Review Of Their Latest Additions We look at the three newest activities at KidZania Singapore and their birthday celebratory activities.

It’s hard to believe, but the place where kids can try their hands at jobs such as being a firefighter or a surgeon has turned two. Yes that’s right, the city has turned two and they’re celebrating with a carnival as well as the very first KidZania CongreZZ in Singapore.

Let’s start with the birthday festivities. For starters, there is a special carnival with a gigantic bouncy castle as well as games booth that children can enter with just the purchase of a $10 carnival pack, which includes a wristband, special goody bag and free photograph. This runs from now till April 15.

Kids can also earn twice the amount of kidZos from April 1 to 10 from their salaries, with the added possibility of having their bank balance doubled, while special double bundle promotions are available till April 30: 2 Kid tickets at S$88; and 2 Adult tickets at S$55.

As part of the second anniversary celebrations, KidZania Singapore also announced its very first CongreZZ. Comprising 21 KidZania passport holders, CongreZZ members went through a bonding camp where they learnt more about what it meant to be a CongreZZ member.

They were then inaugurated in a special ceremony on April 8 where they were presented sashes by the mayor of KidZania Singapore, and pins by their family members. The members will carry out their term for a year, during which they will be involved in making decisions to enhance the activities at KidZania. Singapore is also the 9th city in the world to have a KidZania CongreZZ.

Everyone knows that for the bubbas, the aim of KidZania is to earn (and spend) kidZos and this is done through the completion of jobs/careers. To further enhance the play experience that little ones have, KidZania is always partnering new companies to bring more real-life examples to life. Here are the three new activities that have been added recently that your bubbas can get a hands-on experience at in KidZania and our kiddy experience with them.

Leftose Pharmacy
Where? 2nd floor, beside the clock tower 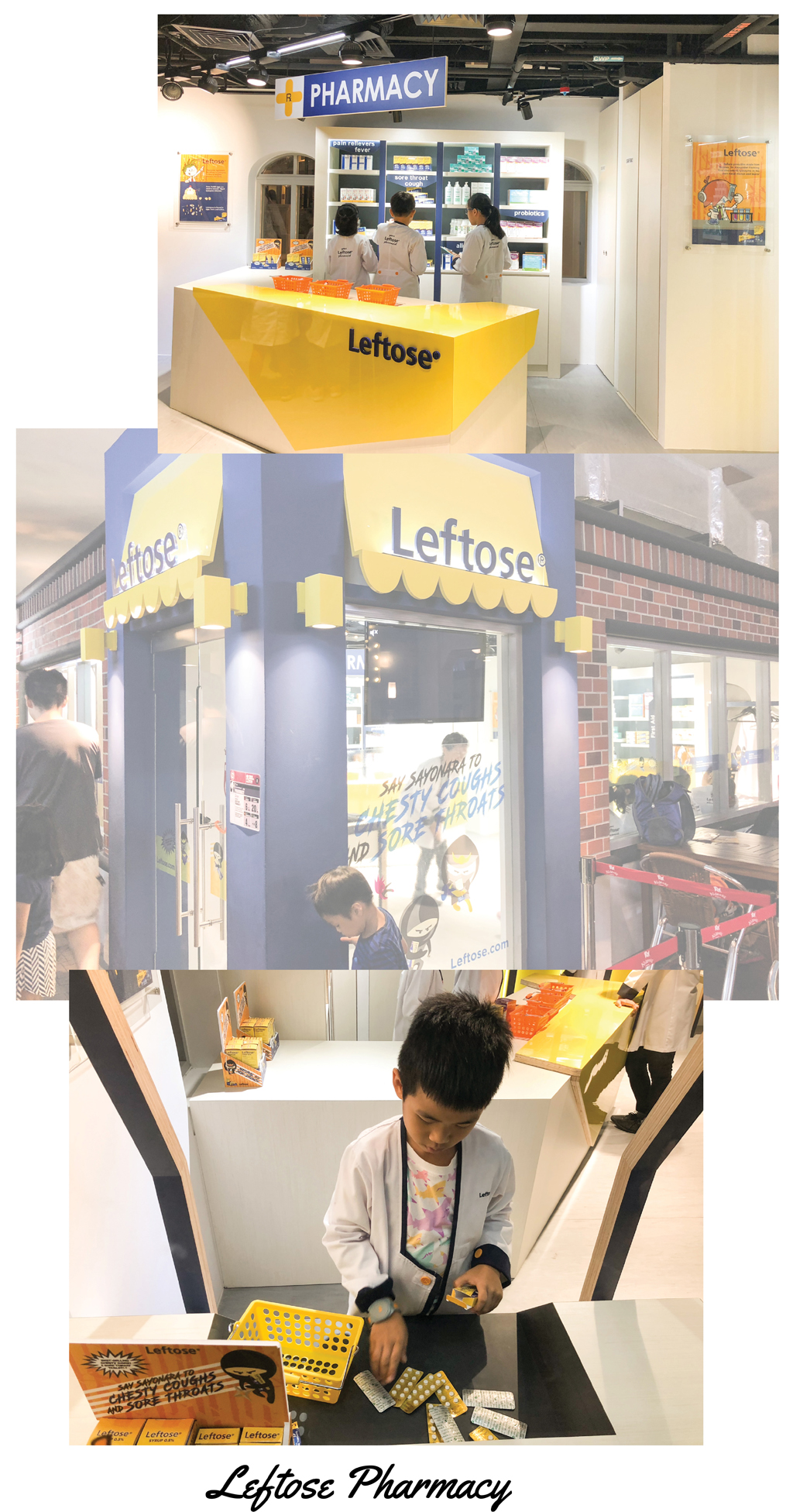 Little ones learn more about vitamins and other supplements as well as what a pharmacist does everyday at work. Donning on white lab coats that you usually see pharmacists wear, they first sit through a talk by the staff at the pharmacy. They will then get assigned tasks to dispense medicine according to the prescription sheet that they are given.

Fun factor: This activity involved more talking than actual doing and whilst the children got a good understanding of basic supplements, there could be more interaction between the staff and children, with more activities incorporated and preferably taking up a bigger chunk of time. That said, our kid tester did enjoy her tasks and completed them with ease.

Proper posture and how to stand in the right way. That was the biggest take away from this station. Little ones get to identify different parts of the spine and gain an understanding on the importance of standing upright.

Fun factor: Like the previous activity, there was more talking – actually other than Q&A, most of the time was spent in a lecture for 20 mins. This would prove especially challenging for younger children. Though the information garnered was great, it would be better to perhaps demonstrate with a dummy what a chiropractor really does, instead of just a lecture.

Training Agency by Tueetor
Where? 1st floor, in the shopping alley 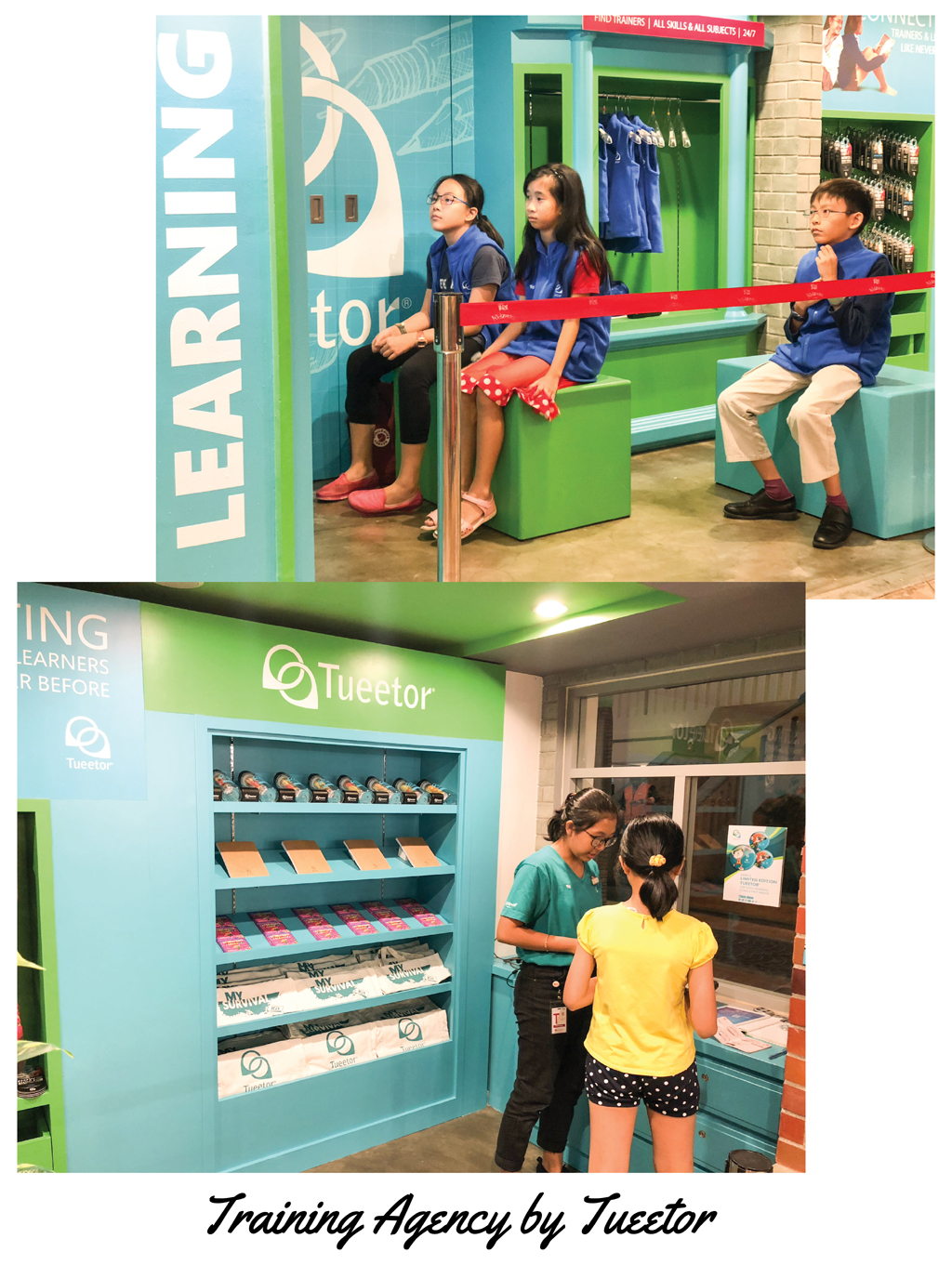 Encouraging people to give Tueetor a try and doing a survey with them. This was the key task at this station. Children were given “training” about what Tueetor was and how to talk to strangers to introduce them to the company. After a few trial runs, they were sent out to talk to one parent and an adult that they do not personally know.

Fun factor: Though it was a sales-driven type of job, our kid tester liked how the task pushed her out of her comfort zone to approach strangers and share about something new with them, albeit following a script. Nothing ground breaking, but it does give a child a new experience and possibly more confidence.