When it comes to air purifiers, they are at the top of every parent’s minds when the dreaded haze occurs, usually during the second half of the year. Everyone’s usually scrambling to get these devices to ensure that their families have clean air to breathe, but does air pollution in Singapore only occur when the forest fires cause the air in front of us to become hazy?

Granted that compared to many more polluted capital cities, Singapore’s air is on the cleaner side, but that does not mean that we are not susceptible to bad air quality wherever we go.

One of the places where the air is bad is one of the places that we least expect it: inside the car. You would think that in a “controlled” environment, where metal keeps out the bad elements of the environment would be “cleaner”, but the reverse is true. In the car, we are exposed to the harmful gases pumped into the car, fumes from vehicles in front and behind, as well as mold, dust and other airborne allergens.

According to Sir David King who was previously the permanent Special Representative for Climate Change, exposure to toxic air if far higher inside than outside vehicles, as outlined in an article for the Guardian. The experiments that have been done as far back as 2011, show that drivers inside vehicles are exposed to far higher levels of air pollution than those walking or cycling along the same urban routes.

And why should we be concerned? Because air pollution doesn’t just stunt the growth of kid’s lungs, it increases the possibility of asthma and other respiratory conditions too. And with most of us using cars to ferry kids to and fro from school and other places, it should certainly be an area of concern. 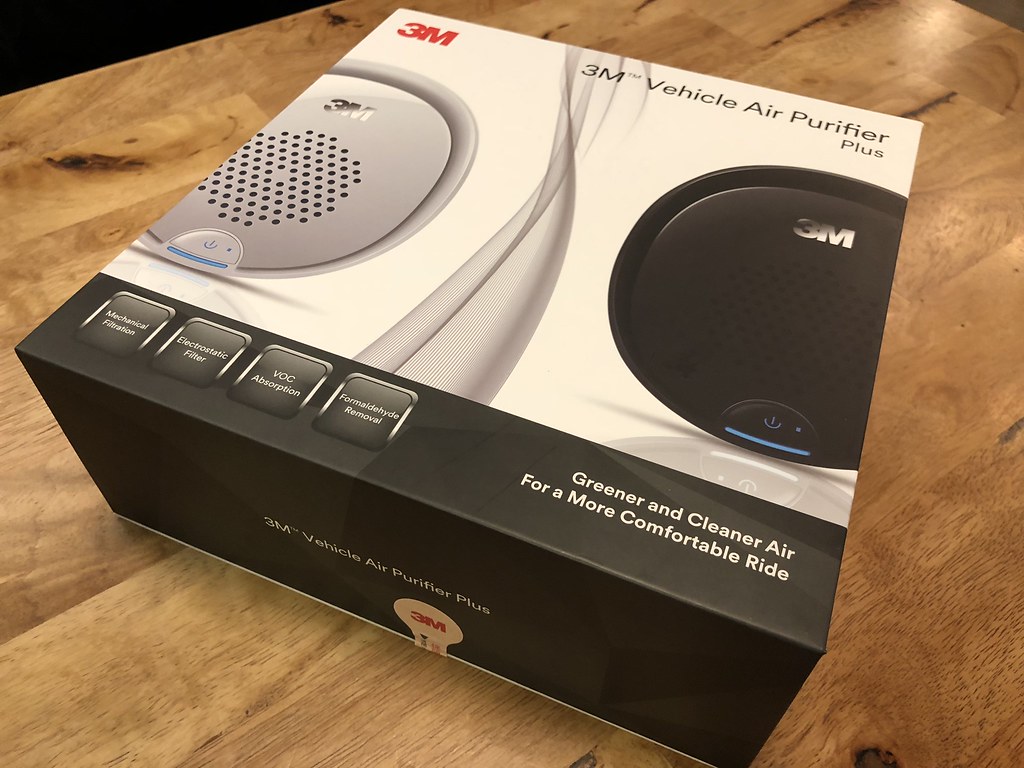 To combat this rising concern, 3M launched the 3M Vehicle Air Purifier Plus to reduce exposure pollution in cars. The device claims to remove up to 99 per cent of PM2.5 particles and up to 93 per cent of harmful gases in cars. And the best part is that it is small and compact to look discreet and be easily installed in cars.

The filter itself has two layers, the first attracts and captures hair and larger particles, while the second traps unwanted micro-particles, while together they remove the foul odours that sometimes get into a car. 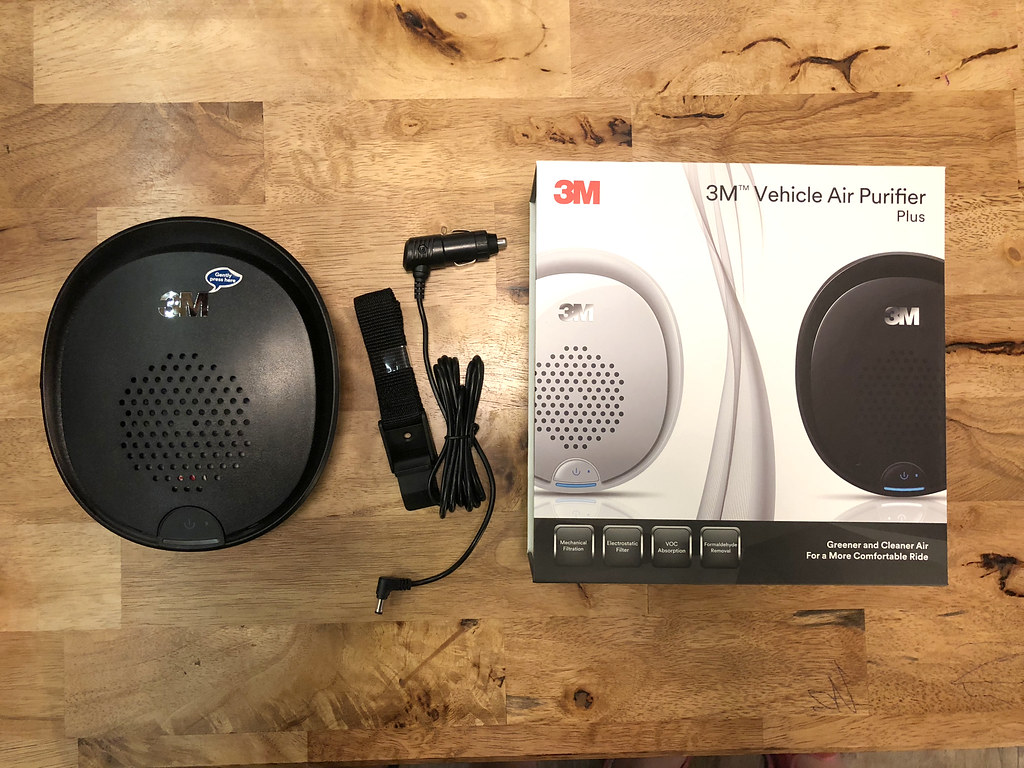 Upon opening the box, it is quite easy to figure out how you are supposed to use the device. It comes with a handy strap that makes it easy to attach the device to the back of a chair. We chose to do it at the back of the front seat headrest. You can also opt to place it on the dashboard or on a wide-enough armrest. 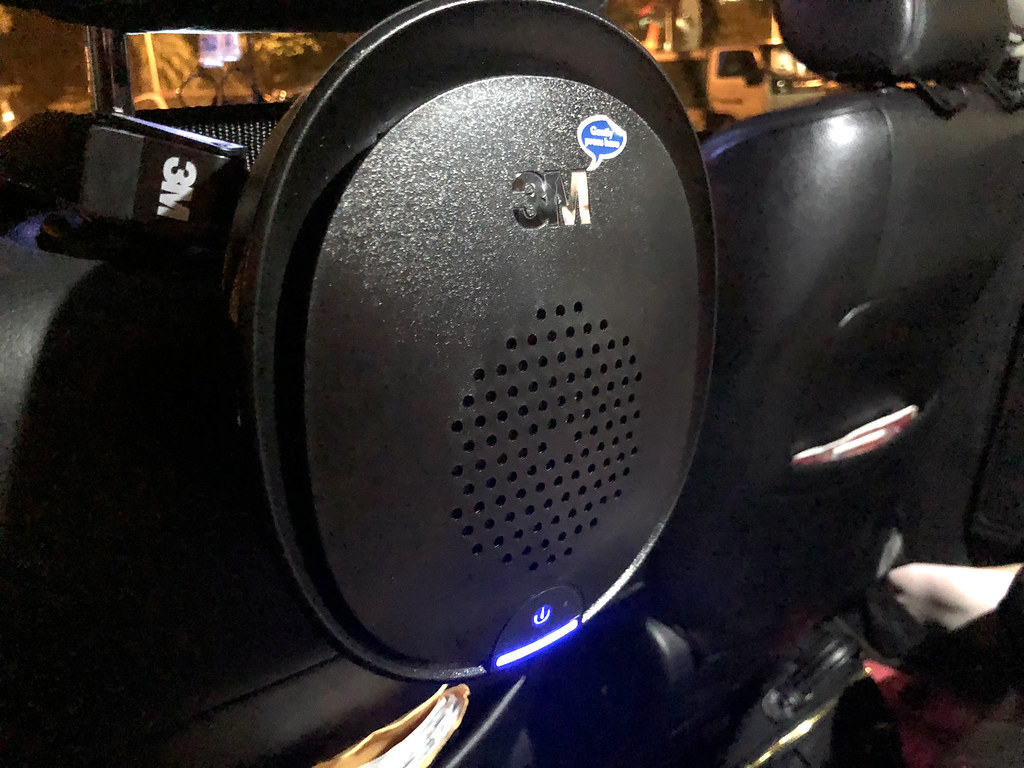 For the power, the 3M Vehicle Air Purifier Plus is powered by a cigarette lighter socket with a wire that is sufficiently long enough to not get in the way of the driver when he drives. And once you power up the car, the device is turned on immediately; no need to worry that you forget to use your device to purify the air in your car. And that’s it, you’ll hardly know that it is there, other than the cleaner air that you breathe in. 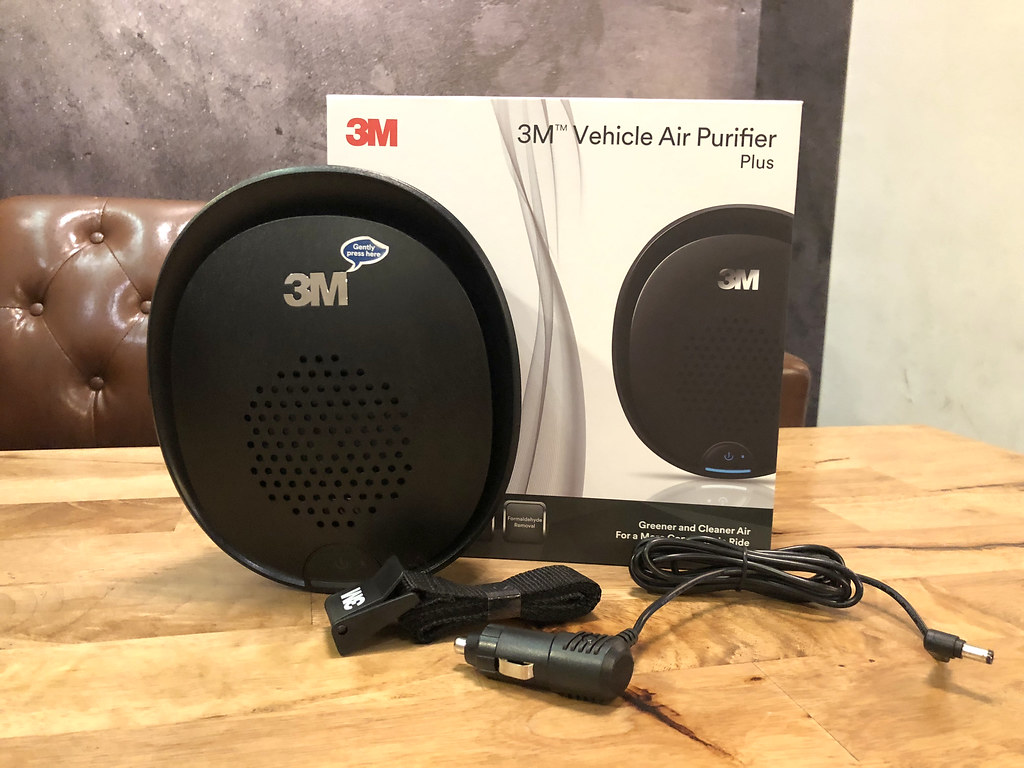 Has the air quality been better? To be very honest, we can’t really tell, though there has been less wheezing going on and when food is brought into the car, the lingering scent it leaves seems to dissipate quicker than before. And we like that the 3M Vehicle Air Purifier Plus isn’t intrusive and in your face; most of the time, we forget that we added it to the car.

The only gripe is that it is not as solid as we would have wished. What do we mean by that? Well, we have it installed in a 8-seater car that requires the seats on the second row to fold down in order to sit in the third row. And often this means the 3M Vehicle Air Purifier Plus gets hit when the chair is lowered, often with a force that renders the cover loose. This happened one time too many until we got used to being more careful.

Despite the lack of any quantitative improvements, this is one of those things that you can only tell the effects in the long run… like over a couple of years, and when it comes to kid’s health it’s always better safe than sorry, so why not for the peace of mind for the 3M Vehicle Air Purifier Plus where after installing, you really have nothing else that you need to do, other than changing the filter occasionally?

3M Vehicle Air Purifier Plus is available at Lazada, Qoo10 and Autobacs stores for S$299.